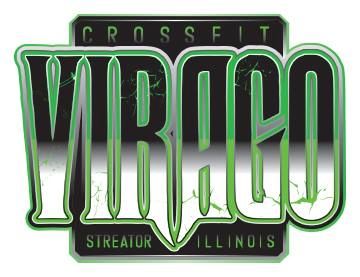 Click the box below to find out what CrossFit is all about!

Ashley  grew up in Spring Valley, IL and graduated from Hall High School.  During her time at HHS, she was involved in track and volleyball, as well as traveling with a local club volleyball team.  After high school, Ashley went on to play an additional two years  of volleyball at Illinois Valley Community College. She then transferred to Illinois State University, where she earned  a bachelor’s degree in Special Education.

Ashley’s  passion for exercise and fitness has since changed to CrossFit after discovering it in 2015.  For several years after college, Ashley found her source of exercise through running. While she struggled to keep her motivation to run, a friend had urged her to  try a class at a local affiliate, and she was soon hooked.  The atmosphere and community built through CrossFit was something she knew she had to be a part of. Not only did it fulfill her need for exercise, but also peaked her interest in learning and utilizing  the CrossFit methodology as a coach.  She went on to earn her CF - L1 within her first 6 months of training as a CF athlete, then became a full-time coach after she had been a special education teacher for 7 years.

Ashley  enjoys coaching group CrossFit classes of all ages, as well as leading individual clients through personal lessons.  She has a continued interest in learning as much as she can to better the athletes and CrossFit community she is apart of. Ashley feels truly  honored to be apart of something that she believes in wholeheartedly.  CrossFit has changed her life for the better, and she is hoping to help her clients achieve that same goal.

My name is Kevin Dean, and I am very excited to begin coaching at CrossFit Virago! I have been a financial advisor for 16 years and worked for over 20 years in the finance industry. I grew up in Streator and graduated from SHS in 1989 followed by Illinois Wesleyan University in 1993. I am blessed with a wonderful family including my lovely wife Tara of 23 years and our 3 amazing children- Millie, Dalton and Annabelle. My interest in CrossFit began about 2 and a half years ago. Although quite unwilling at first, I really fell in love with the complete CrossFit lifestyle. In addition to consistently working out, the desire to increase endurance capacity and power output combined with better nutrition and eating habits have changed my life for the better. At almost 48 years old, I am in better shape and have more endurance and capacity than I did in my 20s. In addition to working out, I enjoy spending time with my family, traveling and venturing into the wilderness either on foot or with a canoe.

My interest in coaching stems from a desire to help others make positive changes toward a healthier lifestyle through CrossFit. I was extremely impressed by the scientific process and methodology that is CrossFit, and had a desire to deepen my knowledge and understanding through self study, online courses and obtaining my CrossFit Level 1 trainer designation. I look forward to developing the CrossFit Virago community, helping as many people as possible achieve their fitness goals as well as continuing to learn from our amazing members.

Hello! My name is Jami Gayan.  I am a mother of three beautiful children.  Joey is my 12 year old daughter, Jax is my 10 year old son, and Jessa is my free spirited 8 year old daughter. I love showing my children the importance of physical fitness and good nutrition.  I am also a nurse and the owner of CrossFit Virago.

CrossFit has been a pivotal part of my life since 2016.  I started CrossFit to get in better physical shape, little did I know I would get so much more out of it.  The sense of community and friendships that I have forged through CrossFit have been life changing for me. Getting my CF-L1 was an amazing experience and I'm excited to share my knowledge and love of CrossFit with the Streator community.  I look forward to locally growing the CrossFit community.

Hello my name is Luke Vickers. I am a full time Mechanical Maintenance Technician at the Lasalle County Nuclear Generation station. My CrossFit journey started in June of 2016 when my wife Tammy TRIED talking me into joining CrossFit. I told her that there was no way that I was going to do that, because I have never been a gym person so I had no interest in joining. SO… in November of that year I decided to try it out. At first I thought that I was going to die, but after a few weeks I fell in love with it! If you talk to anyone about me they will say that CrossFit is a big part of my life, this is why I decided to become a coach.

I have always been an athletic person who enjoys being physically, and mentally challenged, and I found that with CrossFit. CrossFit has introduced Tammy and I to a wonderful community of people, that have turned into great friends. It has also helped me lose over 40 pounds, and get rid of my high blood pressure. So when I was given the opportunity from Jami to start coaching I was excited to except and earn my CF-L1. I am looking forward to being able to challenge people, and better themselves through Crossfit in the same ways that people have done for me.